This years ChibiCon, “small” winter festival held by Sakurabana Belgrade, is over. It was fantastic, fun and tiresome for “us” on the “other side” of the selling stands.

For years I’m participating in Artist Alley, that’s arts and crafts selling part of ChibiCon and Japanizam. And every year I underestimate the number of hairbands/necky’s for my stand. Well this year it was total bust! All my stuff was gone only 3h after opening on the first day. I had 12 sets of hairbands and neko chokers made as a gift for Sakurabana, even that was sold out until the end of first day (all money from that went to Sacurabana as donation for  #CCSakurabana).

In a nutshell, I learned my lesson!!! And I’m starting with preparations for this year Japanisam2015 NOW!!! 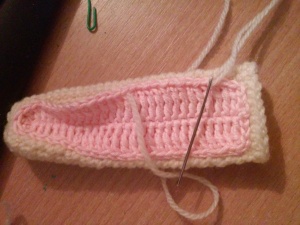 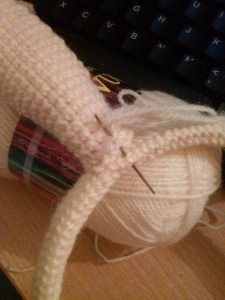 This year I had to face the worse thing any one who make craft can face – to tell that I don’t have more hairbands/neko chokers and to see disappointed look on children’s faces. I don’t want to face that feelings ever again 😦

As for ChibiCon 2015 goes, this was everything but SMALL festival!!! The number of people was unexpected more than 2000 people for 2 days!!! You can read how our organizers have experienced this year’s ChibiCon in their report (it’s on my native language – Serbian so be sure to turn on translator in your browser):
ChibiCon 2015 Report

As for my impressions goes – I had to miss most of it once again. I did manage to take few quick snapshots on the other day, with traditionally poor camera.

This was my spot Sulless Art

And these where some of the other participants in Artist Alley:

These pictures are from official Sakurabana album taken by Bojan Vasiljević

Of course, the “backbone” of every event are volunteers, and this year they where helping and giving “free hugs” 🙂

Bit one thing that really made me happy is a piece of paper, this one<3

Well, I’m going back to my crochet hook.

Exploring the magic of words... and owning my shit.

all types of needlearts and more

Words from the Knot House

One Stop Site For Asian Lover. Here, You Can Find All About Asian Celebrity, Asian Drama and Asian Song

substitution is by no means a replacement of the original - if you hate us, we love you -

I wonder if one day we will be able to reach our dreams ? But it seems like that is still very far off in the future

Using ICT to organise my studies...and life in general!